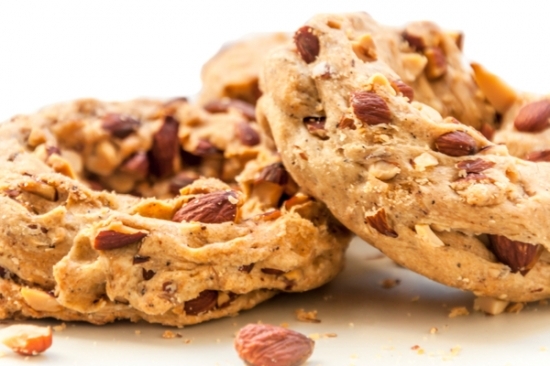 Tarallo sugna e pepe, in dialect "tarall' nzogna e pepe" is the snack that the Neapolitans usually take with them when they go out walking.

It's an oven baked tarallo made of flour, suet and pepper and covered with almonds on the top side. Like many traditional food products, the recipe comes from the creativity of ancient generations, who had to make the most of all the food resources they had at their disposals. So the bakers in the 17th century decided not to waste the dough left over from the bread by adding "nzogna", i.e. pig's lard, and lots of pepper in order to make small tarallini baked in the oven. In the begining of the 18th century the tarallo nzogna e pepe was decorated with almonds, another defining ingredient.

Being characteristically poor food it was often consumed in taverns with cheap wine, while today it's a very popular snack, an appetizer, which can be bought fresh in bakeries and kiosks. To buy taralli at the kiosks in Mergellina during a walk near the sea is a "classic".